In New Zealand, Anzac Day - April 25 each year - is a day marked by reflection, commemorative services, and remembrance of family who served in World War 1, and subsequent conflicts.

In New Zealand the day is a public acknowledgement of the sacrifice of those who served in WW1, but also a celebration of what many see as 'the coming of age' of the small, colonial community that was New Zealand - in the popular imagination of successive generations, the 'birth of nationhood'.

In Ireland the emotional connection with the remmbrance of those Irish who served in WW1 is more mixed; less clear-cut, more ambivalent.

Remembering the fallen, and those who served and survived, has often been a contentious issue in Ireland.

The following is a message to the Irish community in New Zealand from the Consul-General, Rodney Walshe regarding Anzac Day:

For generations of Irish students that couplet, from �The Foggy Dew�- the best-known folk song of the 1916 Rising � was probably the beginning and end of their awareness of the huge and heart-rendering Irish involvement in the WW1 Gallipoli campaign of 1915.

It is therefore not surprising that so very few of the Irish who have emigrated to New Zealand will have been aware of Gallipoli and the ANZACs prior to their arrival.

Ireland has only recently begun to come to terms with its own tragic history during 1914/18 years. While the Great War raged in Europe, Ireland, although part of the British Empire, was divided by three factions.

A faction that believed by supporting Britain, and fighting against Germany, when the war was won, Ireland would be granted Home Rule similar to Canada and India.

Another Southern Ireland faction, strenuously anti British, which in 1916 rose in rebellion against the Crown, seeking to become a republic.

A third faction was that of Ulster Unionists, loyal to the King and Crown, fighting to defeat Germany and remain within the Empire.

Thus there were two factions of Irish, both in British uniforms, both fighting against Germany, one with the ultimate goal of achieving Home Rule and the other with the goal of remaining within the Empire. The third faction remained pro German and strenuously antiEmpire.

It should be remembered that at that time in history, the Island of Ireland was not partitioned and was very much part of the Empire. In fact, immediately prior to the outbreak of WW1, there were some 30,000 Irish serving in the British army with another 30,000 reservists.

What was happening in Europe was centre of attention and there was little, if any awareness of the battles being waged in Gallipoli.

For most Irish living in New Zealand, Gallipoli is indelibly linked with ANZAC Day, and although New Zealand forces participated in many engagements in Europe, and suffered horrendous casualties, particularly at Passchendaele, it is Gallipoli that is nationally commemorated.

Although the Gallipoli campaign only endured from April to December 1915, the loss of life suffered by all sides was horrific. The Allies lost 200,000 killed, wounded and invalided and the Turks 250,000 dead, wounded, captured or missing.

Gallipoli had a significant impact on both countries with each growing in stature and being recognised as nations, rather than mere colonies within the British Empire.

What is rarely appreciated, either in New Zealand or Ireland, is the significant Irish involvement at Gallipoli.

Close to 15,000 Irish fought there in Irish regiments which included The Volunteer 10th (Irish) Division, two units from the Royal Munster and the Royal Dublin Fusiliers, all linking with British regiments.

Almost 4,000 Irish soldiers were killed representing a causality rate of 27%.

A special lapel badge has been created, a red poppy on a green shamrock background. They are available worldwide from the Limerick Branch of the Royal British Legion.

On ANZAC Day, all those of Irish heritage from throughout the Island of Ireland can proudly join in the services alongside their ANZAC brothers and sisters, wearing their World War 1 Centenary Irish Poppy badge and demonstrating their respect and gratitude for all those who fought, and the many who died, for their country at Gallipoli.
The following is a poem from a book written by G C Duggan, whose brothers George and Jack were killed at Suvla Bay.

The Watchers on Gallipoli

March away, my brothers, my brothers softly march away
The waves are hissing round us, the east is turning grey
The coast, the cliffs, are silent, gone are we all, but they
Watch even in the stillness that falls o�er Suvla Bay.

Each ANZAC Day, a small group of our members lays a wreath at the local Civic Commemoration. 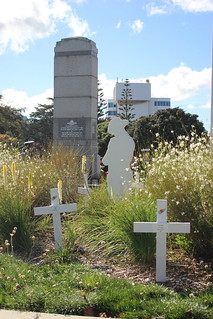 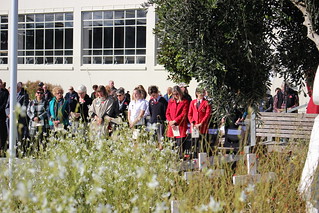 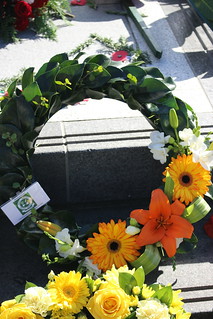 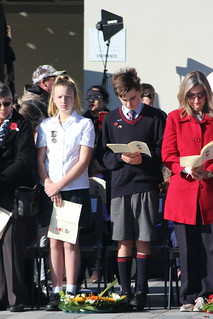 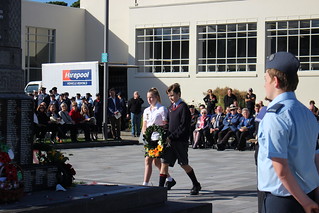 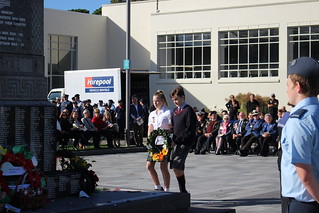 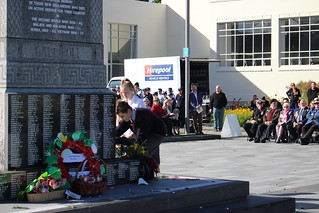 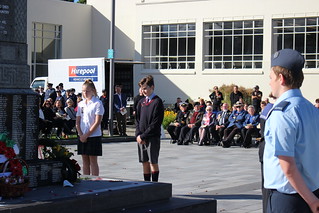 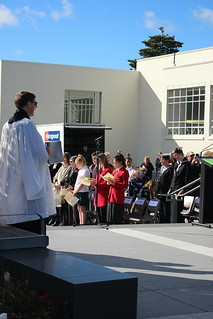 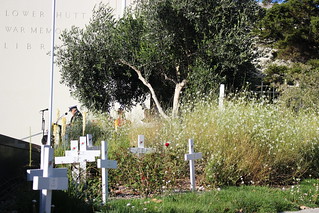 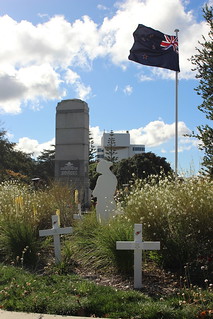 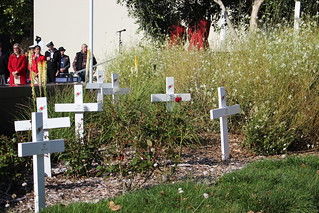 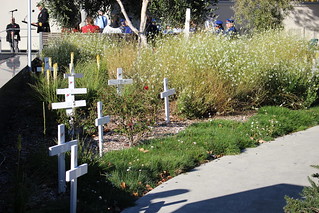 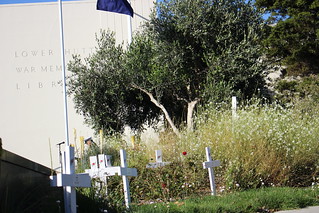 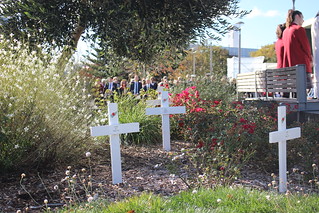 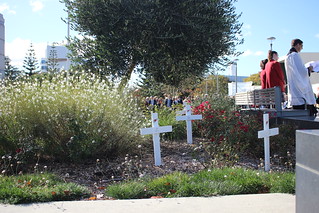 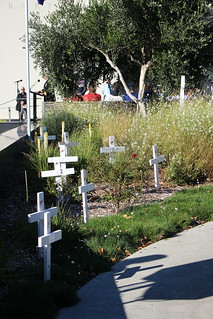 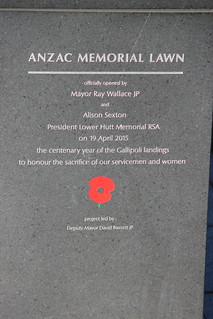 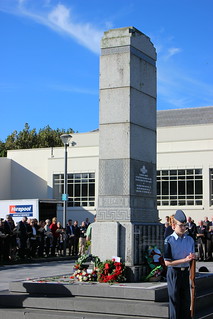 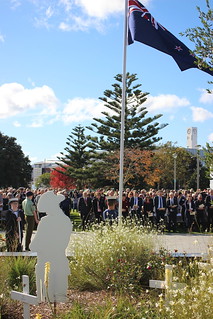 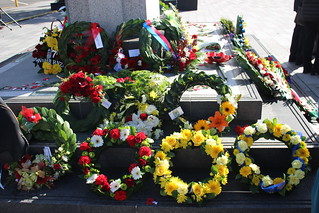 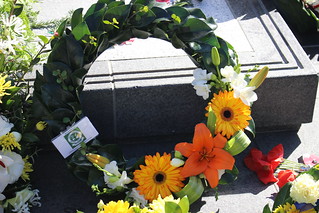 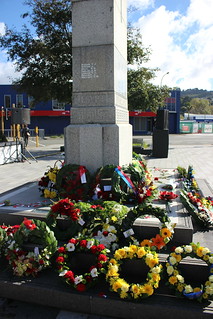 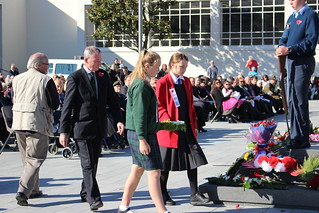 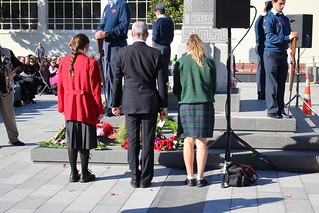 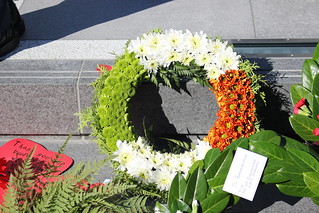 Our thanks also to Ann Coffey who arranged for the making of the wreath.

One of our HVIS members is commemorating the service of a great uncle in WW1. Alexander (Sandy) Mulligan was a son of an Irish-born father, who joined the New Zealand Army in August 1914. He served on Gallipoli and the Western Front right through WW1, returning to New Zealand with two distinguished conduct awards, a large photo album, a small diary of his 8 months on Gallipoli, and a raft of memories. And his life and health. He then lived a long, quiet, and productive life in Invercargill. His story is being told, in his own words and images at www.gallipolidiary.co.nz.